According to Spanish press, Mathilde and Philippe have spent a short 3-day holiday in Estella (or Lizarra as it is called in Euskera), in the Spanish region Navarra. 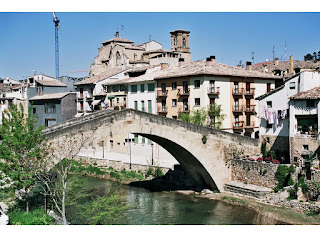 They walked a part of the Santiago de Compostela route accompanied by their sons, Gabriel and Emmanuel. In fact they were on holiday with a large group of friends. The group stayed at the Hotel Tximista. In total they were 37 people, bodyguards included. The king anq queen occupied the only suite of the hotel which was also open to any other tourist. According to a member of staff, Philippe and Mathilde were "approachable and well educated. They speak Spanish very well and love this region."

They visited the Iglesia del Santo Sepulcro, attended a mass, visited the town and watched the Santo Entierro procession. 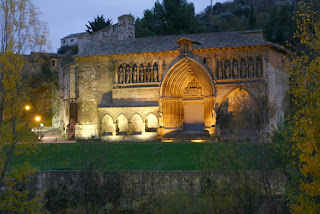